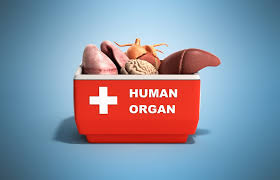 These are the labels that came to my mind when I started reading about organ transplants in China.

The source was Epoch Times, a patently biased publication by the Falun Gong movement. So I did a Google search – oh my goodness! I was dumbfounded by what I read.

“recorded admissions that organs could be procured from Falun Gong prisoners.“

“Since 1999, hundreds of thousands of Falun Gong practitioners have been detained in re-education through labor camps, prisons, and other detention facilities in China, making them the largest group of prisoners of conscience in the country“

Clearly the Chinese government has better business acumen than the Nazis.

They imprison people for their membership of a specific group, execute many of them and sell their organs to a willing international market!

China executes more people each year than the rest of the world combined, with its state-sanctioned system cloaked in official secrecy, said a report released by Amnesty International (in 2017)

How do we justify the fact that China is a major trading party of most major world countries? They are permitted and encouraged to invest in our countries.

It took the world a long time to wake up to Nazi Germany’s exterminations and that was without internet technology.

We are far more tolerant, liberal and sophisticated now – extermination is fostered and patronised and its sponsors are major players in the world.

Hmmm … Maybe they did instigate the Coronavirus pandemic! They will probably sell us a vaccine soon

What do you say, buddy? Come back Adolph, all is forgiven!

One thought on “Really horrifying!”