My grandfather was baptised in Killaloe and it was thought that perhaps the absence of a christening robe might have been due to this goat!

This poem is far better when sung, so I have included a video and the words, so you can then sing it to yourself. 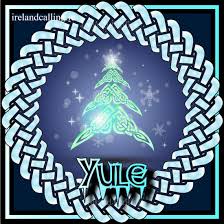 I received a ‘happy holidays’ non-Christmas card from a switched on friend and curled my lip in mild disdain. Why must a Christian First World tradition be modified into the New Age One Size Fits All practice?

It stuck in my craw…!

But like a burr on a blanket, it scratched. So I thought I’d scribble a blogbleat to vent my discomfort. I started giving the practice some thought.

Wikipedia tells me that Christmas cards were first produced for sale in the 1840’s by a founder of the Penny Post in England. Hmm! A marketing ploy!?

Most emphasized merriment and happiness with scant religious tones that pervaded most cards in my Christmases in the latter part of the 20th Century.

But thinking about it more, I recall the Incwala holiday in mid-December in Swaziland – when the King was purified and the First Fruits were celebrated.

This common African ritual has been re-formulated in the US as Kwanzaa, an African American cultural commemoration and promotion of sound African communal principles.

Yule was an indigenous midwinter festival celebrated by the Germanic peoples, later supplanted by the term Christmas tide.

Iranian people celebrate the night of the Northern Hemisphere’s winter solstice as, “Yalda night“, which is known to be the “longest and darkest night of the year”. In this night all the family gather together, usually at the house of the oldest, and celebrate it by eating, drinking and reading poems. Nuts, pomegranates and watermelons are particularly served during this festival.

Ōmisoka (大晦日)—or ōtsugomori (大晦)—is a Japanese traditional celebration on the last day of the year. Traditionally, it was held on the final day of the 12th lunar month.

The origins of Hogmanay may be derived

from Norse and Gaelic observances, including gift-giving and visiting homes of friends with special attention given to the first-foot, the first guest of the new year.

Saturnalia was an ancient Roman festival in honour of the god Saturn, held on 17 December of the Julian calendar and later expanded with festivities through to 23 December.

Wassailing was drinking an old English toast during the custom of carolling; Mumming was an old English practice of dressing up and partying, probably originating in the old Roman Saturnalia of mid-winter.

Holly, ivy and mistletoe were used in celebrations of the Winter Solstice Festival to ward off evil spirits and celebrate new growth.

My conclusions after this brief socio-historical analysis are that:

Sorry to say, but the way the inclusive, bunny hugger, non-discriminatory world is going Christmas Day will soon be re-named Universal Happyday or some such anodyne label.

Whatever! – It’s a good time for a hooley or two!

May y’all find some time to wassail with your cobbers, rejoice in the good things of life and be thankful.

It’s knocking at the door and going to rush in and amaze us with new stuff which will wrap up old problems.

We already have instant information at our fingertips, access to all the music we want, all the time. You can now put a computer anywhere: micro-chip-sized casings and atom-powered transistors can be so small as to be invisible to the naked eye

It is not likely I will buy another motor car.

Soon, I won’t have to see a doctor for a check-up – my health will be monitored by a telephone app.

My house will be self-sufficient in energy production with solar roof tiles and a Powerwall battery for cloudy days. Rainwater will be purified and drinkable. I will probably convert my garage into a granny flat and one of our children can have the house.

Here in the suburbs, I could construct a hydroponic tower garden and be self- sufficient in vegetable and fish production. My own chickens will provide meat and eggs. Meat will soon be produced from insect protein, algae or vegetables.

If necessary, I will be able to fly from Australia to London in under three hours in an Elon Musk Space-X rocket. Travel by train to Sydney from Brisbane (1000kms) will only take 90 minutes in a Musk tunnel train. I don’t want to go to Mars but I could before I am 75!

You’re dreaming! I hear you say … that won’t happen for a looong time yet. A friend of mine from varsity said he hoped to never to see it!

Well  – burgers that taste like beef, but are made from plants are already being sold in over 5,000 stores and over 4,000 restaurants, hotels, and university dining halls.

A KPMG survey revealed that 59% of industry bosses believe that more than half of all car owners today will no longer want to own a car by 2025. That’s only 7 years from now!!

The City of South Perth Intellibus service has recently celebrated its first birthday, has completed more than 7,728 km in autonomous/driverless mode and completed more than 2,208 thirty minute rides carrying over 10,000 passengers. No driver involved.

Autonomous vehicles can travel safely closer together, and with less braking and accelerating than human drivers, traffic will flow more smoothly and congestion will decrease. On motorways more vehicles will be able to fit safely into the same length of road, effectively increasing capacity but there will be fewer vehicles.

The potential benefits of autonomous cars include reduced mobility and infrastructure costs and increased safety – 93% of accidents are attributed to human error.

Specifically there will be a significant reduction in traffic collisions;  injuries and related costs, much lower cost of insurance; significantly reduced needs for parking, and minimal traffic offending.

Finally, transportation as a service, especially via the sharing economy which is already big with Uber and Lyft, will be facilitated.

So get used to it – the Merry Go Straight just keeps getting faster!

“…The Attorney-General’s office says the government is not considering amending the laws, or in any way recognizing polygamous marriage.

This is from an old article on Voice of America news:

Polygamy unofficially exists in traditional Aboriginal communities in Australia’s Northern Territory – and that these relationships are recognized when the government grants welfare benefits.”
… in the United Kingdom … the British government said it would grant welfare benefits to all spouses in a polygamous marriage, if the marriages had taken place in countries where the polygamy is legal. 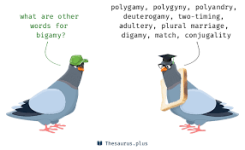 Australian social security law recognises that multiple partners are assessed exactly the same as any other person, with no additional payments for having multiple partners
While bigamy is a criminal offence (under section 94 of the Marriage Act 1961), it is not an offence to have multiple simultaneous de facto relationships. (Wikipedia)

Monogamy… is not “natural.” That is, hardly any species practice it, except for birds (and, reportedly, cockroaches)… only about 5% of the 4,000 or so mammal species on earth hang around with just one mate. (These include wolves, beavers, naked mole rats and meerkats.)

… of 1,231 societies from around the world noted, 186 were monogamous; 453 had occasional polygyny; 588 had more frequent polygyny; and 4 had polyandry.

In fact, most of Africa is polygamous including the King of Swaziland and President of South Africa. The Muslims practice polygamy as do the Aborigines.

So… if the majority of societies allow polygamy; there is no sanction for multiple ‘partnerships’; our own government pays welfare benefits to polygamous partners and  recognises polygamous marriages from other countries …WTF?

Values are changing very rapidly: not long ago Oscar Wilde was imprisoned for sodomy, now he could be Queen. Eve and Eve can marry and have children of their own. If you are a Somali refugee with three wives, all four of you could receive welfare payments and if you are a woman with five children by different fathers, you will also be supported by the State if you are too busy breeding to work…

Bigamy is such a yesterday issue … the only problem is …politics. We recently saw the song and dance over gay marriages.

It may be common sense but it may be politically impossible: one imagines that only One Nation would be thick enough to take on this potential hot potato; especially with the glitter surrounding gobshite rabble-rousers like Milo Yiannopoulos whose party tricks include turning petticoats into straitjackets or vice versa.

So? What’s your point, you say. It is not actually that bigamy is an obsolete crime, like buggery.

We need a political Elon Musk who is talking about tours to Mars and travel from Sydney to London in under an hour. Someone who can use technology to create a political system that excludes blather, insult and delay and quickly brings about simple laws that regulate our society.

Up at 4h35… Hmmm – looks a bit grey and they did say rain in the forecast.

Look South East: dark clouds. Lightening up in South West whence our rain is from. That means the rain has past. I won’t even need my hat – I hate rain on my bald pate;  it’s hot in  summer, but not needed at dawn.

Come Lulu, let’s get your lead on and away we go.

A quarter of a mile into the park and there are a few sprinkles, no worries…

Now a drop or two – if it gets worse we’ll duck under a tree. There’s no thunder or wind so more likely to be crowned by a kookaburra as crushed by a falling branch.

Damn, it’s coming down harder and the tree doesn’t work; have to dash for the shelter over there … it’s only 50 yards.

Haven’t dashed for years and I’m nearer 70 than 60 now, so it was not a walk in the park! My crocs nearly came off when Lulu ran around me, effectively trapping me in the lead, so I had to do a quick pirouette in the now teeming rain … we made it, eventually.

We made it – it won’t last long and at least in Queensland, the rain is warm and one dries quickly. Wish I had worn the hat!

What does one think about when stuck in the rain? Lulu is sulking because I won’t let her wander and sniff.

Well, it is a fine opportunity to meditate. Wish I had read the book, done the course… my mind seems to go into flutterby mould when I try to focus…

I know – I’ll think of something to blog. Very little response to my last two serious bits, maybe it’s time to lighten up? How about some happy stuff, rather than the acceptability of lies and the new morality of the past? Mind you: I was right about Bitcoin! It will hit US$10k this week!

Here’s an idea: what about getting caught in the rain in the park! (just a passing memory).

I have just remembered a cardinal principle of my life: you always have a choice

Getting caught in the rain can be a miserable experience or it can be a good one.

You can have a happy day too, if you like…