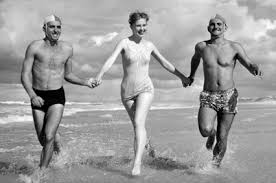 “…The Attorney-General’s office says the government is not considering amending the laws, or in any way recognizing polygamous marriage.

This is from an old article on Voice of America news:

Polygamy unofficially exists in traditional Aboriginal communities in Australia’s Northern Territory – and that these relationships are recognized when the government grants welfare benefits.”
… in the United Kingdom … the British government said it would grant welfare benefits to all spouses in a polygamous marriage, if the marriages had taken place in countries where the polygamy is legal.

Australian social security law recognises that multiple partners are assessed exactly the same as any other person, with no additional payments for having multiple partners
While bigamy is a criminal offence (under section 94 of the Marriage Act 1961), it is not an offence to have multiple simultaneous de facto relationships. (Wikipedia)

Monogamy… is not “natural.” That is, hardly any species practice it, except for birds (and, reportedly, cockroaches)… only about 5% of the 4,000 or so mammal species on earth hang around with just one mate. (These include wolves, beavers, naked mole rats and meerkats.)

… of 1,231 societies from around the world noted, 186 were monogamous; 453 had occasional polygyny; 588 had more frequent polygyny; and 4 had polyandry.

In fact, most of Africa is polygamous including the King of Swaziland and President of South Africa. The Muslims practice polygamy as do the Aborigines.

So… if the majority of societies allow polygamy; there is no sanction for multiple ‘partnerships’; our own government pays welfare benefits to polygamous partners and  recognises polygamous marriages from other countries …WTF?

Values are changing very rapidly: not long ago Oscar Wilde was imprisoned for sodomy, now he could be Queen. Eve and Eve can marry and have children of their own. If you are a Somali refugee with three wives, all four of you could receive welfare payments and if you are a woman with five children by different fathers, you will also be supported by the State if you are too busy breeding to work… 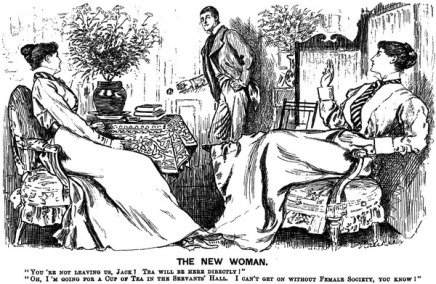 Bigamy is such a yesterday issue … the only problem is …politics. We recently saw the song and dance over gay marriages.

It may be common sense but it may be politically impossible: one imagines that only One Nation would be thick enough to take on this potential hot potato; especially with the glitter surrounding gobshite rabble-rousers like Milo Yiannopoulos whose party tricks include turning petticoats into straitjackets or vice versa.

So? What’s your point, you say. It is not actually that bigamy is an obsolete crime, like buggery.

We need a political Elon Musk who is talking about tours to Mars and travel from Sydney to London in under an hour. Someone who can use technology to create a political system that excludes blather, insult and delay and quickly brings about simple laws that regulate our society.

5 thoughts on “Why is Bigamy still a crime?”