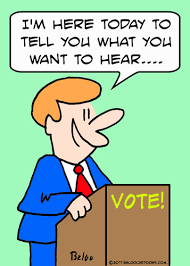 Do not for one moment think that the Establishment exists for your benefit or that the government or the opposition or doctors or bankers are right.

Check the facts – make your  own mind up.

“There is a cult of ignorance in the United States, and there has always been. The strain of anti-intellectualism has been a constant thread winding its way through our political and cultural life, nurtured by the false notion that democracy means that ‘my ignorance is just as good as your knowledge.” ― Isaac Asimov

Do not accept everything you are told by the Man:

There is no such thing as an outright political lie. Instead there’s distortion, exaggeration, misrepresentation,deception, half-truth and overstatement. The assumption is that the risk is worth it.

Because democracy isn’t the only value we hold. We don’t accept the 51% enslaving the 49% by popular vote. Because Hitler was brought to power by a democratically elected government. Because American slavery was legal. 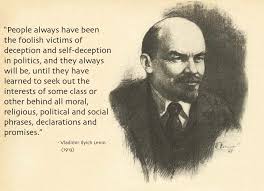 “The point of modern propaganda isn’t only to misinform or push an agenda. It is to exhaust your critical thinking, to annihilate truth.”

Now  – getting closer to the point I want to make:

More people are recognizing that the economic paradigm that guides our global system today is deeply misaligned with a thriving future.

The Neoliberal economic system is a cultural construct. It has a particular history and espouses a cogent set of core beliefs, social values, and organizational practices. There is a narrative coherence to notions of “freeing” markets from regulation, letting wealth “trickle down” from the coffers of the rich, and a “rugged individualism” that pays too little attention to the social factors that shape economic outcomes. 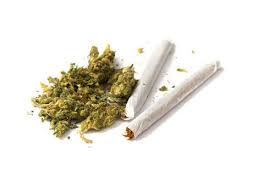 metime last week Queensland news was filled with the successful busts by police of numerous marijuana growers who had rented suburban houses and converted them to grass growing hothouses. A number of serious statements were made about these heavy criminals.

There have been over twelve million cannabis arrests in the United States from 1996 until 2013.

35.6 percent of 12th graders in US and 67% of medical students had used marijuana during the year prior to a recent survey

The United States Marijuana Index (a stock exchange index) has jumped from a level of 48.39 a year ago to the current level of 70.83, an increase of 46%

Possession and cultivation are Federal offences but lawful in over half the states in US. It will be totally decriminalised in Canada next year. Possession is lawful in South Africa and Netherlands. Medical marijuana can be lawfully prescribed in Australia.

Now how about that for a disconnect in values?

I am not a recreational user (yet), but I may well become an investor.

How does one reconcile that with being a law abiding citizen?

And just to see if you are awake and did read this to the end, I have included a quotation which should make most of my African readers grin.

This is a gentleman’s affectionate description of his donkey: 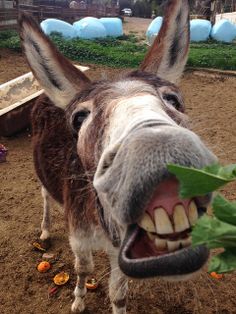 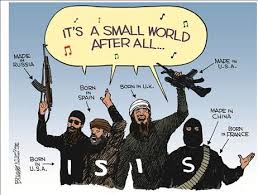 “Democracy is popular because of the illusion of choice and participation it provides, but when you live in a society in which most people’s knowledge of the world extends as far as sports, sitcoms, reality shows, and celebrity gossip, democracy becomes a very dangerous idea.

Until people are properly educated and informed, instead of indoctrinated to be ignorant mindless consumers, democracy is nothing more than a clever tool used by the ruling class to subjugate the rest of of us.” 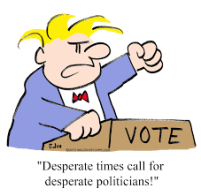 Politics will eventually be replaced by imagery. The politician will be only too happy to abdicate in favour of his image, because the image will be much more powerful than he could ever be.

Now this is an attractive thought!

A representative who is a server (pun intended) that:

We need to find better ways to rule ourselves – people are just too human and unreliable! 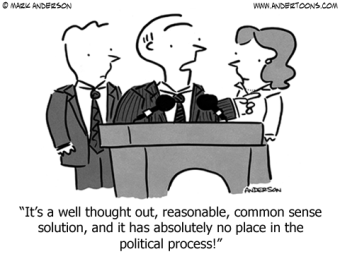 James Baldwin puts the finger on racial epithets. So sad that the lesson hasn’t been accepted in the US yet, let alone the rest of the world. 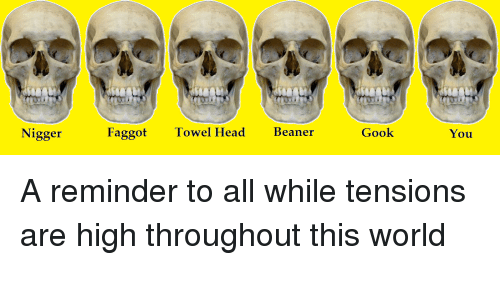 In the meantime, we hope that somehow or other, control over the big, nasty toys is removed from the nasty little boys. 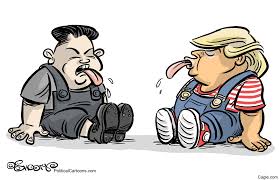 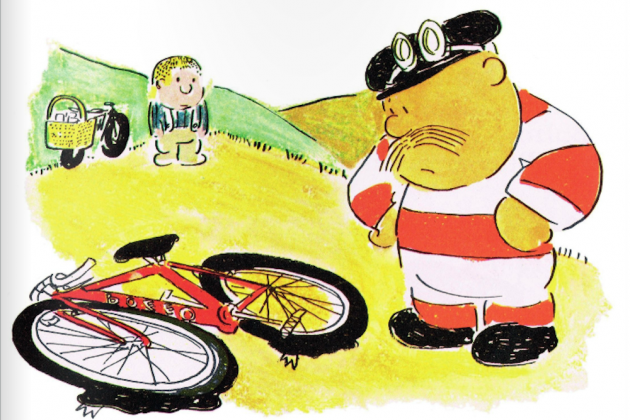 If you have a puncture while cycling, it will be in the proximity of the furthest point from home.

Maybe next time it will be 8 miles from home… except that I am going to carry one of those puncture fix kits from now on!

Just as well for that bit of reverse fortune, as the black dog had slunk in for a sombre lurk and the enforced march cleared the air; black dogs don’t like competition, so it slunk off!

I think it slipped in with my tax return. This is my 4th year of involuntary unemployment, so I have little to distract the taxman with. That doesn’t make completion of the form any easier! One would think that by now the Revenue dudes would have worked out an idiot proof format so that any dummy could complete a return…

But… wait… maybe they did … and my brain has atrophied to super-idiot size…!  See how easily the black dog slinks in? Its the government’s fault and I don’t have a vote even though I do pay tax…. rage can get the endorphins flowing nearly as well as exercise!

wonderful books about myself and sniff the subtle anisescent of the spring flowering mimosa on the wattle trees.

Of great joy right now is the bright colours of my nasturtiums, which are nearly my favourite flowers now, especially as they are entirely edible: flowers, leaves and seeds

Hmmm… maybe I should be finding a new project to distract me – this design by IKEA caught my eye: 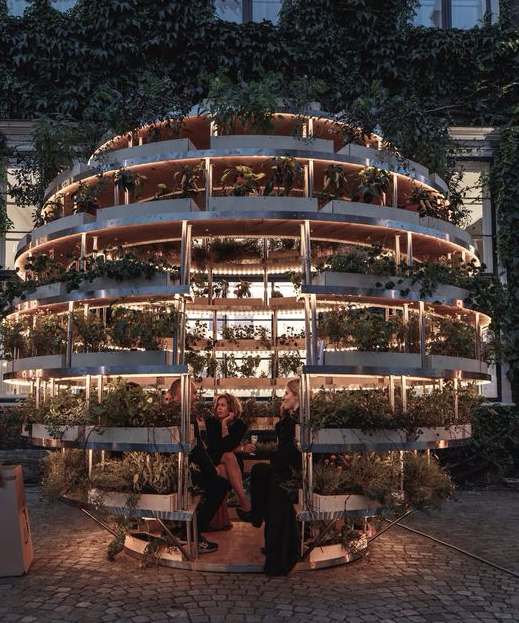 It’s a flat-pack garden farm of the future – I have the plans if anyone wants to build one: all you need is a saw, hammer and a screwdriver.

Or maybe this is more your style? 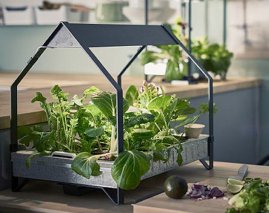 *things that exist or are used or enjoyed for only a short time. 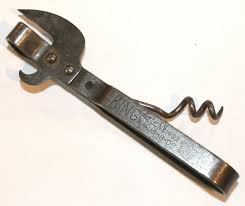 My grandfather was a cavalryman, born in 1861 in Ireland. He died in 1931.  I am pretty sure he never owned a motor car.

A forecast I read (which I checked out in case it was fake – it wasn’t) noted:

In 2018 the first self driving cars will appear for the public. Around 2020, the complete industry will start to be disrupted. You don’t want to own a car anymore. You will call a car with your phone, it will show up at your location and drive you to your destination. You will not need to park it, you only pay for the driven distance and can be productive while driving.

My grandkids will never get a driver’s licence and will never own a car.

There are several startups who will bring insect protein to the market shortly. It contains more protein than meat.

Sustainability requires us to reduce the environmental footprint of the meat producing industry…accounting for some 18% of our total greenhouse gas emissions.

A Tricorder X machine  that works with your phone, will replace your doctor:  it takes your retina scan, blood sample and you breathe into it. It then analyses 54 biomarkers that will identify nearly any disease. 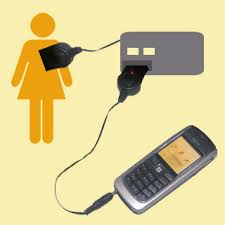 Enough for today – my mind has been boggling since I read this… hope I didn’t spoil your day.

Anyone for a shongololo burger ...