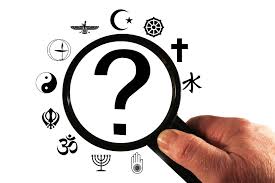 The origin of this thought was  my ongoing despair when I consider religions.

What finally shook me out of the tree is the fundamental rule of most religions: If you do not believe, you will be denied Heaven. You have got to pay your dues to be able to get the benefits. Sorry for you if you haven’t actually heard about Him/Her or just think that there may be better explanations out there

You may be thinking that is a bit tough for pygmies, headhunters and Amazon Indians? I shouldn’t worry because humans are amazingly adaptable and flexible: they make their own gods, who make their own rules which will let you into Heaven by another door. The Dalai Lama had it right. 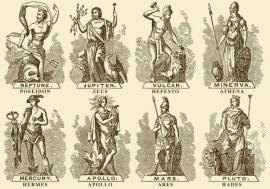 But the gods are jealous and they protect their interests by excluding non-believers, some more radically than others.

I yearn to believe, because that would make the world easier to understand, accept and depart from – knowing there is a happy landing on the other side. But I am sceptical: I believe that man has manipulated the yearning for God and produced evidence that his version is right, so I must do what he says.

Way back in time, people realised that they could hunt and defend themselves better and more easily find mates if they worked and lived together. If the strongest man kept on taking all the meat for himself, others would leave seeking safer and more co-operative groups.

So he gave some of the kill to others; if somebody took too much or too soon, they got whacked. The old and weak drank from rivers first to ascertain if there were crocodiles, women carried the food and walked behind, children could be seen but not heard… rules were born.

The easiest explanation was that God made the rules, but he was invisible and only spoke to his priests. The forte of the strong was brawn not brain, so warrior kings believed the priests…who anointed kings as gods…

In due course, the magic of rituals and symbols was developed, by the priests, who jealously guarded their access to God.

So we saw the Crusades and the rise of Islam and the Inquisition and the Reformation and pogroms and all the terrible rituals and punishments that we were led to believe were sanctified by God.

This continued for millennia, until priests became too greedy. Learning uncovered the sources and mysteries of faith, which allowed the freedom of choice, in turn allowing the common man to accept or reject or even offer a better explanation. And so religions proliferated as the advantages of power over the minds of people became apparent and commercially viable. Christianity alone has seen an increase in denominations from 1600 in 1910 to 43,000 in 2012.

What that means to me is that religion causes division, not unity. I fear the magical powers of pastors ordained by their own gods or their own vanity or cupidity.

I fear that religion becomes more divisive despite the many good works performed in its name by the billions of believers.

However, for your peace of mind: China has made re-incarnation without government permission illegal.