Well it may not be a surprise to some of you, but I am an Irish citizen. With a name like Malachy, you might have thought there was a hint of Guinness somewhere. Mind you some in the Wes-Transvaal thought it was a Jewish name.

The first of my family name invaded Ireland as a Norman knight. Family
service to the Crown was duly recognised in 1328 by granting of the title of Baron of Loughmoe with even a castle in Tipperary.

The family supported the Catholics after Henry VIII and lost the title. So there is no need to refer to me as Your Grace.

He became a soldier and served in the Cape Mounted Rifles, commanded the Rand Rifles Regiment in South West Africa and then served as a Brigadier General in the South African Expeditionary Force in World War 1. He retired to Ireland but sadly the IRA suggested he should leave because of his senior service with the British Army.

My father was taught the Gaeilge by Mrs De Valera herself. And if you ask me nicely later today, I might sing James Connolly.

Today is a day for joy, a drop, appreciation for the the skilful word and a limerick or two. The thing about limericks is that one needs to read them aloud.

It is an old maxim in the schools,
That flattery’s the food of fools;
Yet now and then your men of wit
Will condescend to take a bit.

(Not mine but that of Jonathan Swift).

O long life to the man who invented potheen –

Sure the Pope ought to make him a martyr –
If myself was this moment Victoria, the Queen,
I’d drink nothing but whiskey and wather.

Have you heard about the Irish boomerang?
It doesn’t come back, it just sings sad songs about how much it wants to.

It’s not that the Irish are cynical. It’s rather that they have a wonderful lack of respect for everything and everybody.
Brendan Behan

Some cause happiness wherever they go; others whenever they go.
Oscar Wilde

I have particular regard for this pithy aphorism by George Bernard Shaw which seems to apply to all media today:

Newspapers are unable, seemingly, to discriminate between a bicycle accident and the collapse of civilisation. 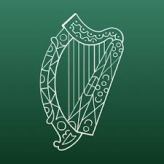