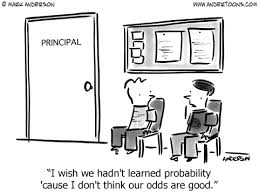 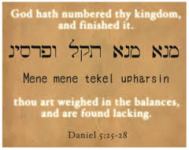 There is a view that:

Some people (mostly rich) believe numbers tell you all you need to know.

Well, the buck stops here, with me!

I reject the tyranny of numbers. I reject their posture as the only truth and sole ownership of reality.

Numbers don’t count when you talk about the real things in life:

Numbers are man-made symbols and thus controllable, changeable and malleable; they are powerful propaganda and eminently susceptible to corruption. Despite this, they are used to predict the future and define the past.

Numbers dominate our lives and rule what, when, where and how we live: the budget, the speed limit, age, school grades, wage levels, taxes, social benefits, account numbers, pin numbers, street numbers, profit and loss…

The problem is that numberspeople extend number logic to dealing with people, but people never add up.

They look elsewhere and jump on different horses that pass by; they get bored and seek variety. The main thing about people is that they are wired to take shortcuts. Even though most shortcuts end up in thorn patches and the way back seems different… so they take time (another domineering number) to get home.

But getting lost is an adventure with new experiences, trials and people – horizons are broadened; America could be discovered – ask Columbus!

Pluto? Or how long it would take to get there?

Can we not survive on:

Let us practice the avoidance of numbers:

So try a little absence of exactitude, bask in a bit of vagueness.

One thought on “The numbness of numbers”