I must confess to a great sadness that hangs around me as the week nears Good Friday. My mind echoes with the sad hymns of Easter which describe the

torment, mockery and suffering that Jesus endured; learned during the torturous (for young boys) service of Stations of the Cross.

There is a green hill far away

I am almost mystified by the full moon and the still, chill Autumn Easter season heralding winter.

This is the influence of a Catholic upbringing in which Good Friday was a sombre day for repentance and sorrow; icons were covered, the altar was bare and the bells replaced by wooden clappers.

The joy of Easter Sunday is a marked contrast which puzzled my schoolboy mind. Vestments are white and candles and Easter Eggs abounded, representing the new life of the risen God.

The Easter Bunny too played its part:  “originating among German
Lutherans, the “Easter Hare” originally played the role of
a judge, evaluating whether children were good or disobedient in  at the start of the season of Eastertide.”

The holyday weekend usually sees an exodus to the pleasure domes and sultry sea, so the churches should not suffer for space, like at Christmas. But in fact they do – as Christians celebrate the new life and re-commit themselves to spiritual focus and fleshly discipline. Not a bad thing, for we are a decadent bunch. 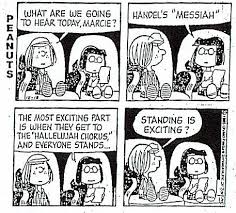 And here is a wonder to uplift you!